The Admirable Crichton, with its radical location changes, is demanding on the set designer. I designed the sets for the 2002 Barnfield Theatre production around a common factor: a backdrop of ocean and foliage, the latter based on the stylised jungle paintings of Henri Rousseau such as The Dream. The set was used bare for the undeveloped island. For the house scenes, a white framework representing conservatory windows was flown in. For the developed jungle, a set of folding screens indicated the houses. 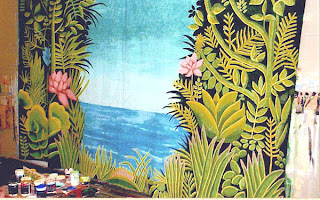 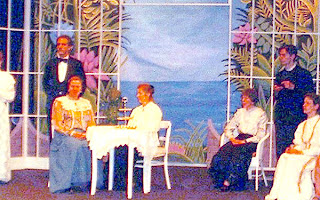 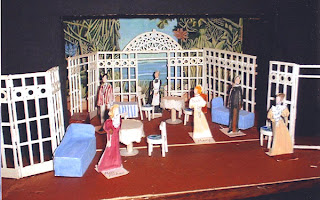 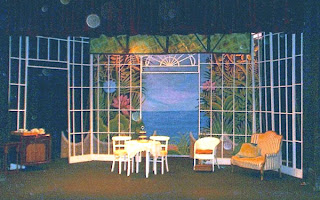 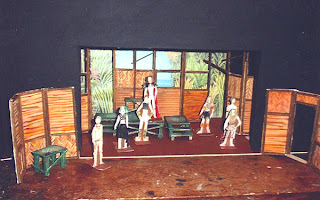 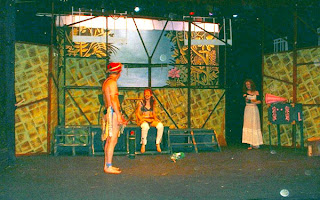 Clare Girvan designed this set for Fran Manhire's ELTC production of Priestley's An Inspector Calls, performed at the Barnfield Theatre, Exeter, in March 2002. This set - described as "excellent" in David Marston's review for the Exeter Express and Echo - aimed to create an inward-focused and claustrophobic atmosphere, breaking away from the rectangular format that plagues amateur staging of 'drawing-room' plays. 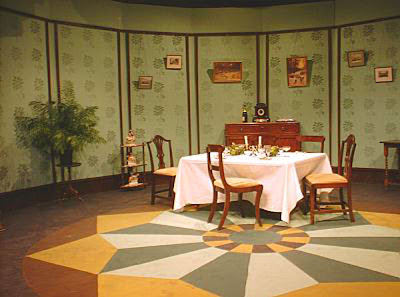